An Afternoon of Laughter with “Clowns without Borders” 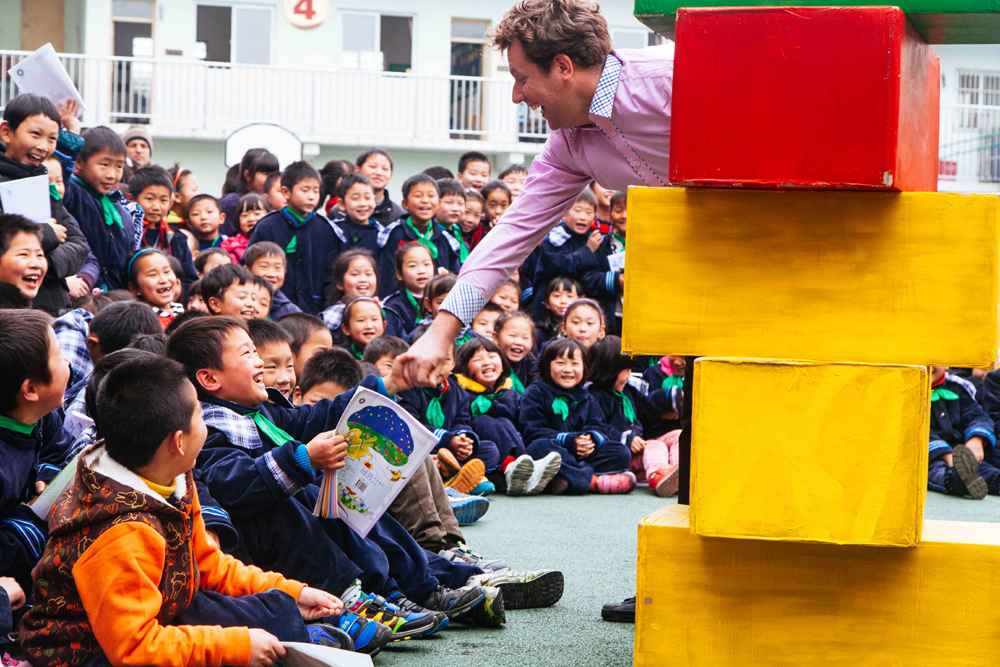 On Tuesday, March 3rd, Stepping Stones arranged for “Clowns without Borders” to hold one of their shows at one of Stepping Stones’ partner migrant schools in Shanghai.

“Clowns without Borders” is a global network of nonprofit organizations that, for the past 20 years, has been spreading laughter both in the developing world and for refugees and other disadvantaged children in Western countries. “Clowns without Borders” offers laughter by bringing contemporary clown/circus performances into communities so that everyone can celebrate together and kids can forget for a moment the tensions that darken their daily lives. Maja-Stina Johansson Wang created this performance. Maja-Stina is an actress, director, and theatre teacher from Sweden. She has been in Shanghai since 2006 and is currently working on her PhD in directing at Shanghai Theatre Academy

Around 150 excited and curious children were already sat waiting in the playground for the show to begin, when the Stepping Stones team arrived at the school. The children were sat in a big horseshoe with large colored blocks piled up in the middle and a big door. The show started with some lively music and the first actor came out of the door. He started arranging the blocks in a perfect order.  After which, the second actress appeared from the door and started ruining the structured blocks that the first actor had originally organized. At this point, the children were squealing with laughter!  Finally, the third actor came out of the door and brought with him a small box that the other two actors wouldn’t let him put anywhere.  The show proceeded with the actors building towers with the blocks, and sometimes having them fall down, which inevitably made the children, burst out with laughter.

The whole performance was done only with actions. Even without words the actors were engaging and easily grabbed the children’s attention throughout the entirety of their performance. Both actors and teacher were enjoying it just as much as the children!  It was a great show with a lively atmosphere!

Stepping Stones is looking forward to more collaboration events like this one! 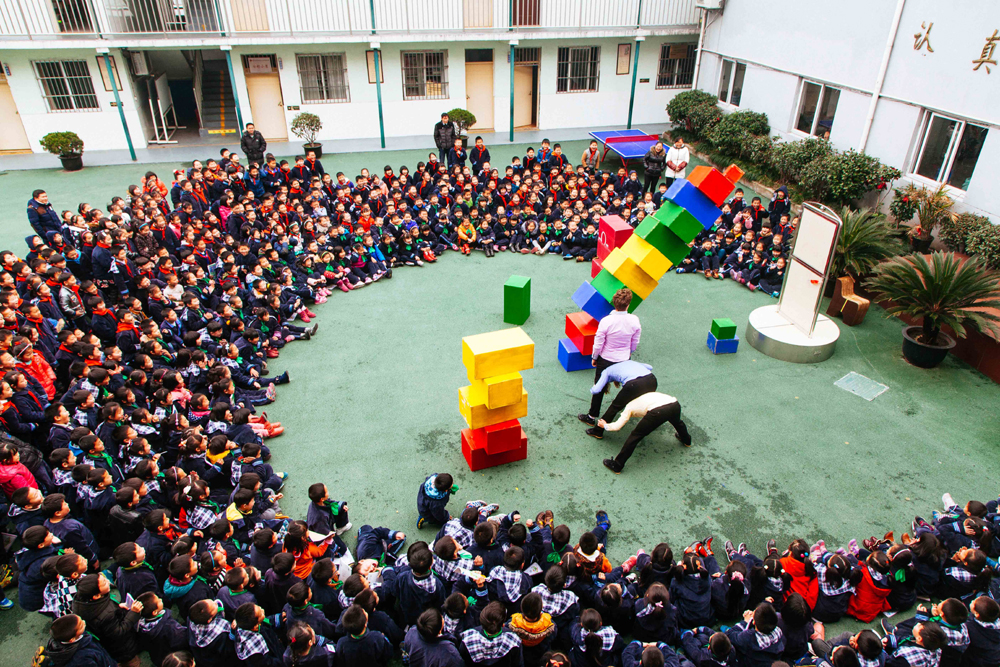 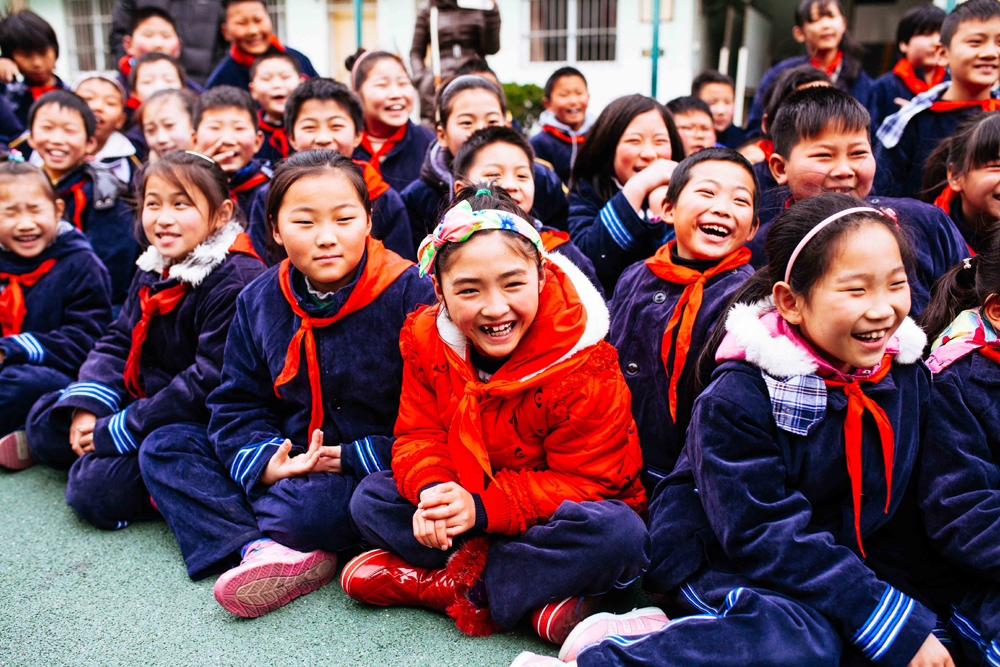