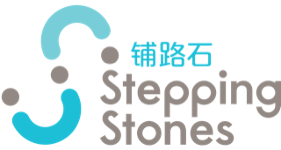 On July 28th Stepping Stones and Christie’s Auction House of Shanghai co-hosted a fun and immersive painting workshop for 20 local migrant students. The event took place at Christie’s Shanghai headquarters near the Bund.

Christie’s is an auction house of high-end art with offices in more than 32 cities worldwide. Every year, on July 28th, Christie’s hosts a volunteer day at all 54 of their offices. Christie’s principal tenet, “that the experience of owning beautiful and special objects is an important part of people’s personal and cultural life,” provides the organizing framework for the event, while each individual event’s theme takes on decidedly local flavors. For 2016, Christie’s China decided to focus on helping migrant children in China’s urban areas, which employees in Christie’s Beijing and Shanghai offices believe is an important issue.

This year, Christie’s Shanghai decided to build upon an activity that they started in 2015, inviting migrant children to their headquarters to work alongside Christie’s employees and paint one of three pictures that the latter had picked from the auction house’s catalogue. Christie’s reached out to Stepping Stones to co-organize event, valuing the latter organization’s ten-year experience working with migrant children, as well as its good relationships with many migrant communities in Shanghai.

In total, Stepping Stones brought 20 kids from a migrant community in Shanghai for the event at Christie’s office. Mostly hailing from Anhui province, the seven- to twelve-year-olds were able to paint alongside Christie’s employees at three art stations set up by the staff, who also provided the art supplies for the event. Meanwhile, Stepping Stones staff helped ease the children into a new environment, by playing games with them as well as facilitating their interaction with the staff at Christie’s.

This event not only allowed the migrant children to experience a part of Shanghai that they were unfamiliar with, but to receive professional art mentoring from one of the world’s premiere art auctioneers as well. At the end of the day, they were able to bring their own pieces of art home, which will serve as a reminder of a memorable afternoon . Stepping Stones, on behalf of the migrant children and their teachers, would like to thank Christie’s Shanghai for organizing such an enjoyable and memorable event.